How can we help you today?

How to retrieve previous year’s march data for a particular measure?

Solution: This can be achieved by using the relative time series feature and filter. 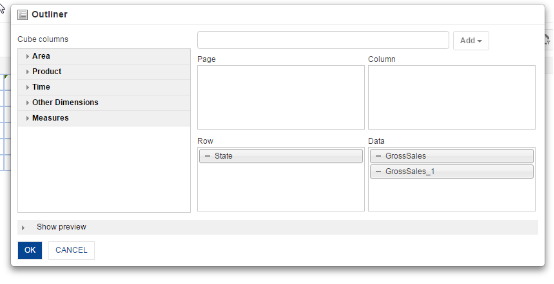 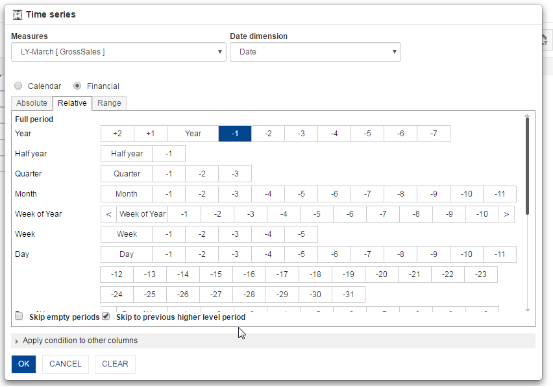 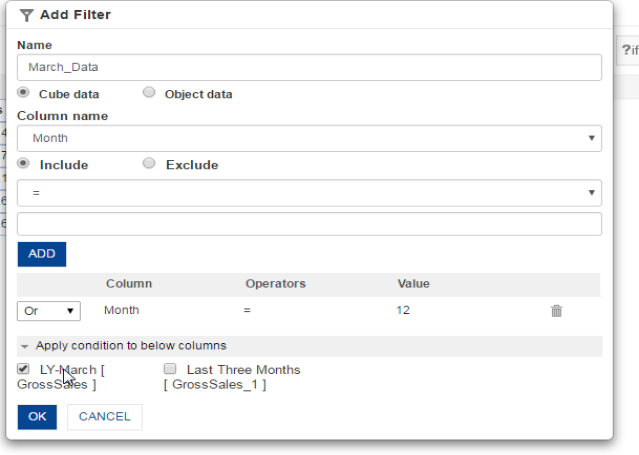 Note: This article is based on ElegantJ BI Version 4.3. This may or may not be relevant to the ElegantJ BI version you may be using.

Did you find it helpful? Yes No

Send feedback
Sorry we couldn't be helpful. Help us improve this article with your feedback.